Top 10 Wedding Traditions from Around the World

Weddings are invariably considered the happiest day in a person’s life – it is the joining of two families of two people who love each other so dearly that they vow to spend the rest of their lives together.

At The Barn we hear some pretty romantic stories of how brides and grooms get together, and these often influence the theme and decorations on their wedding day.

1. Italy – responsible for more than just pizza and pasta!

2. Creating romance and peace in the Philippines. 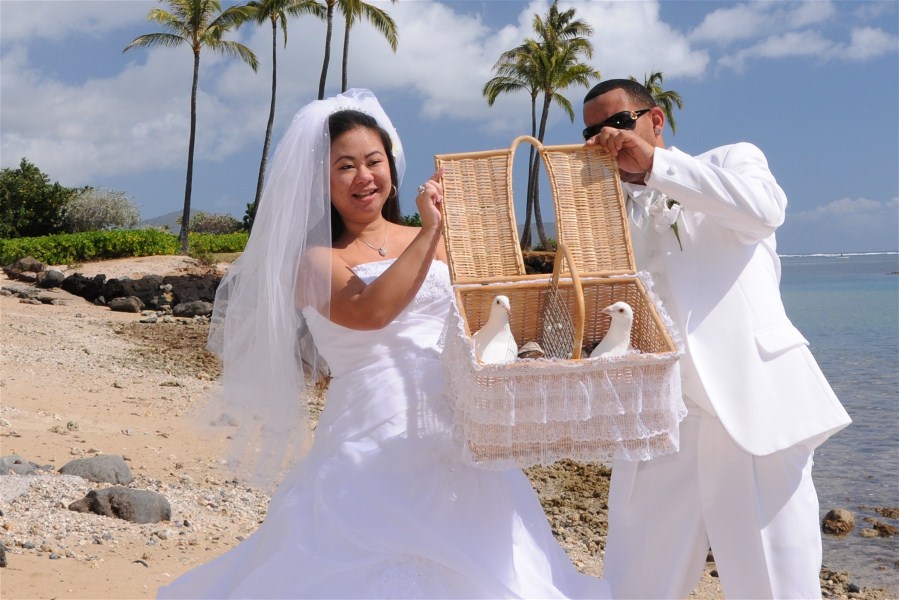 The releasing of doves is a beautiful tradition that some may choose to incorporate into their own wedding, but it is originally from the Philippines. Traditionally, a pair of doves (male and female) are released to symbolise harmony and peace. They may be placed in a cage which can be opened by the wedding couple pulling on a cord together. The person who catches the doves after they are released may take them home and keep them as pets!

3. A whole new meaning to having a hog roast buffet in China!

4. Continuing with the theme of animals at a wedding…

In Korea, it was customary for the groom to present a pair of live ducks or geese to his new bride’s family. This tradition eventually led to wooden carvings of ducks or geese which would be carved by a man chosen by the groom for his fortune and virtues. It was thought that these virtues would be passed onto the new couple through the carvings.

5. The colour runs as deep as the love.

Most people are familiar with the Indian tradition of henna among the female wedding guests. It is said that the darker the colour, the stronger the groom’s love is for his bride. But did you know that it is tradition for the bride’s family to try and steal the groom’s shoes while he is getting married? The groom must leave the mandap (where he is married) with the same shoes that he entered with, and often will have to pay the bride’s family to give them back!

6. I wonder if the wedding guests choose the destination…

A tradition called the “money dance” and it originated in Poland in the 20th Century but is customary in several countries around the world, most notably Greece. After the first dance, the men are allowed to pay the groom to dance with his new bride. They’ll either pin the money to her dress or put it in a purse that she has brought especially for the occasion. The money that the couple collects during the money dance will often go towards their honeymoon.

7. A wedding gift to last a lifetime.

The wedding guests play a very important role in Australian tradition. They are given a stone to hold during the wedding ceremony which is then placed in a decorative bowl. The bride and groom keep the bowl full of stones (known as a “unity bowl”) as a reminder of the support and presence from their family and friends.

8. Always a decadent time in France, especially at weddings!

The traditional wedding cake in France is known as a croquembouche and consists of dozens of choux pastry puffs filled with cream arranged into a large conical tower, held together with spun sugar and caramel and often decorated with flowers. We know what you are thinking – how are the bride and groom supposed to cut that? Well, tradition dictates that the bride and groom use a sword to cut the top off the croquembouche and the bridesmaids hold the edges of the tablecloth around it in order to catch the pieces! Back in the 1840s and 1850s, African American slaves were not permitted to marry legally. The literal jumping over a broomstick, which is still tradition in some African American weddings today, is symbolic of freeing themselves from slavery. The phrase “broomstick wedding” is also used to describe a sham wedding, as weddings between slaves were not seen as real weddings. “You may now kiss the bride” – we thought we would end with something that we have all seen dozens of times, whether in real life or in the movies – that magical moment when the bride and groom kiss for the first time as a married couple. Originally, this was a very important tradition as it was assumed that the bride and groom had not kissed before their wedding day, so this truly was the first kiss. It also dates back to the Roman times when a kiss was used to seal all legally binding documents, and it is something that is sometimes left out of very religious ceremonies.

Here at The Barn, we pride ourselves on creating magical wedding days with a more personal touch and heaps of great memories. We offer exclusive use of the whole premises and garden, or just the restaurant, with no reception venue hire fees so you can afford to make your wedding extra special. For more information about hiring The Barn as your wedding venue, please visit our website or call 01892 510424.